baseballism quotes: “I can remember a sports writer asking me for a quote and I didn’t know what a quote was.  I thought it was some kind of soft drink.”-Joe DiMaggio

Well, everyone who reads this article probably knows what a quote is (hopefully).  And you have to admit it, sports have had some funny quotes.  And many of them are from baseball.

Part of that reason seems to be that baseball just has so many aspects that there are that many things to joke about.

Whether it be Yogi Bera or Ralph Kiner, all of the quotes are in the same ballpark. Here is a list of my top eleven favorites. Comment at the bottom if you have any orderly changes or any other quotes you think are better. 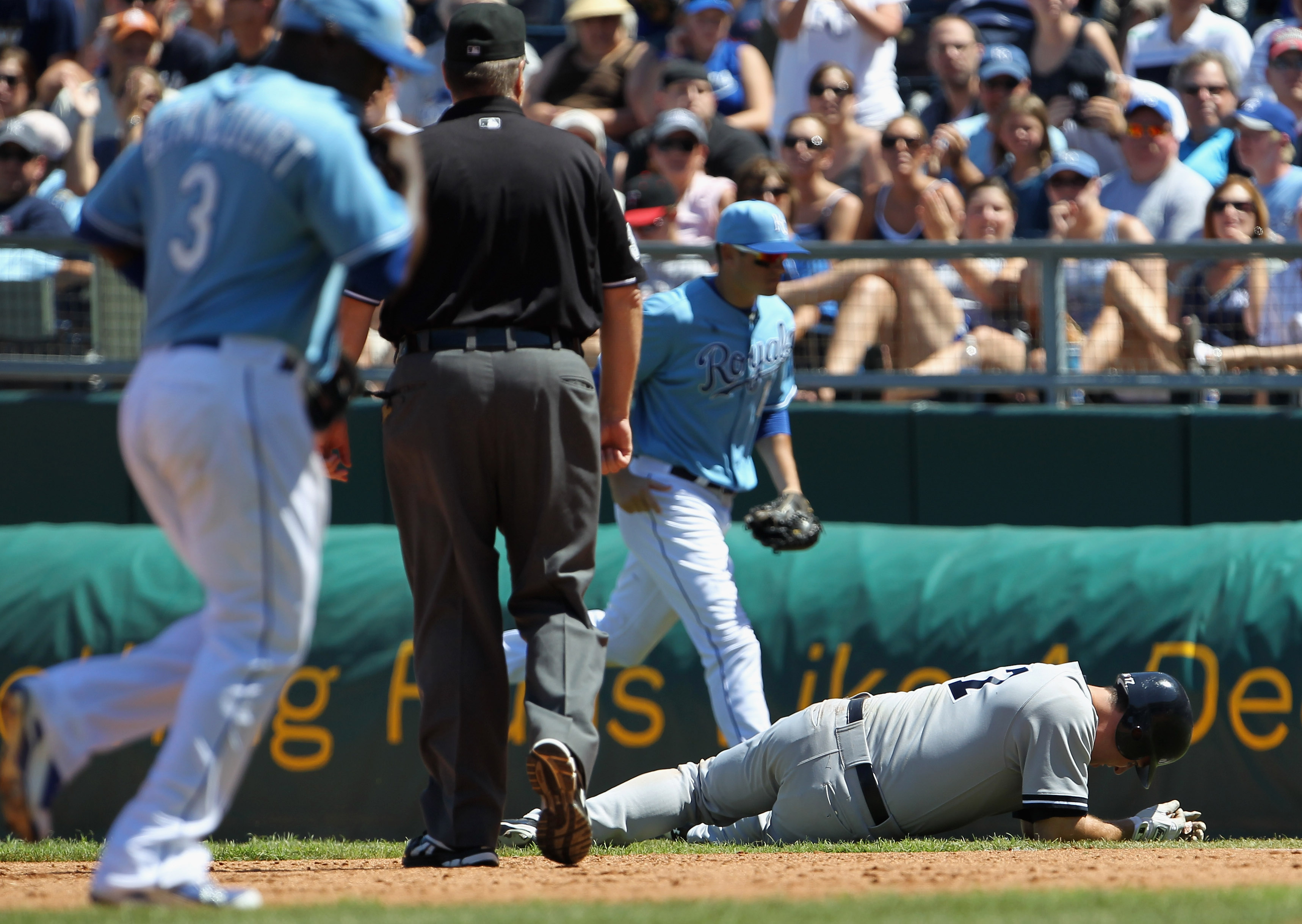 “I’m glad I don’t play anymore. I could never learn all of those handshakes.”-Phil Rizzuto

Well, they are hard to remember, and we wonder how the players even remember them.  It’s probably because they practice them so much, like when they are waiting in line for their turn at the batting cages, etc.

Or maybe it is because they just make it up as they go. You can sometimes sense a hint of improvision in those handshakes.

Hmmmm… Suspicious. Well, if you want the real answer, you can always just ask “The Man” Chase Utley, he’s bound to know. 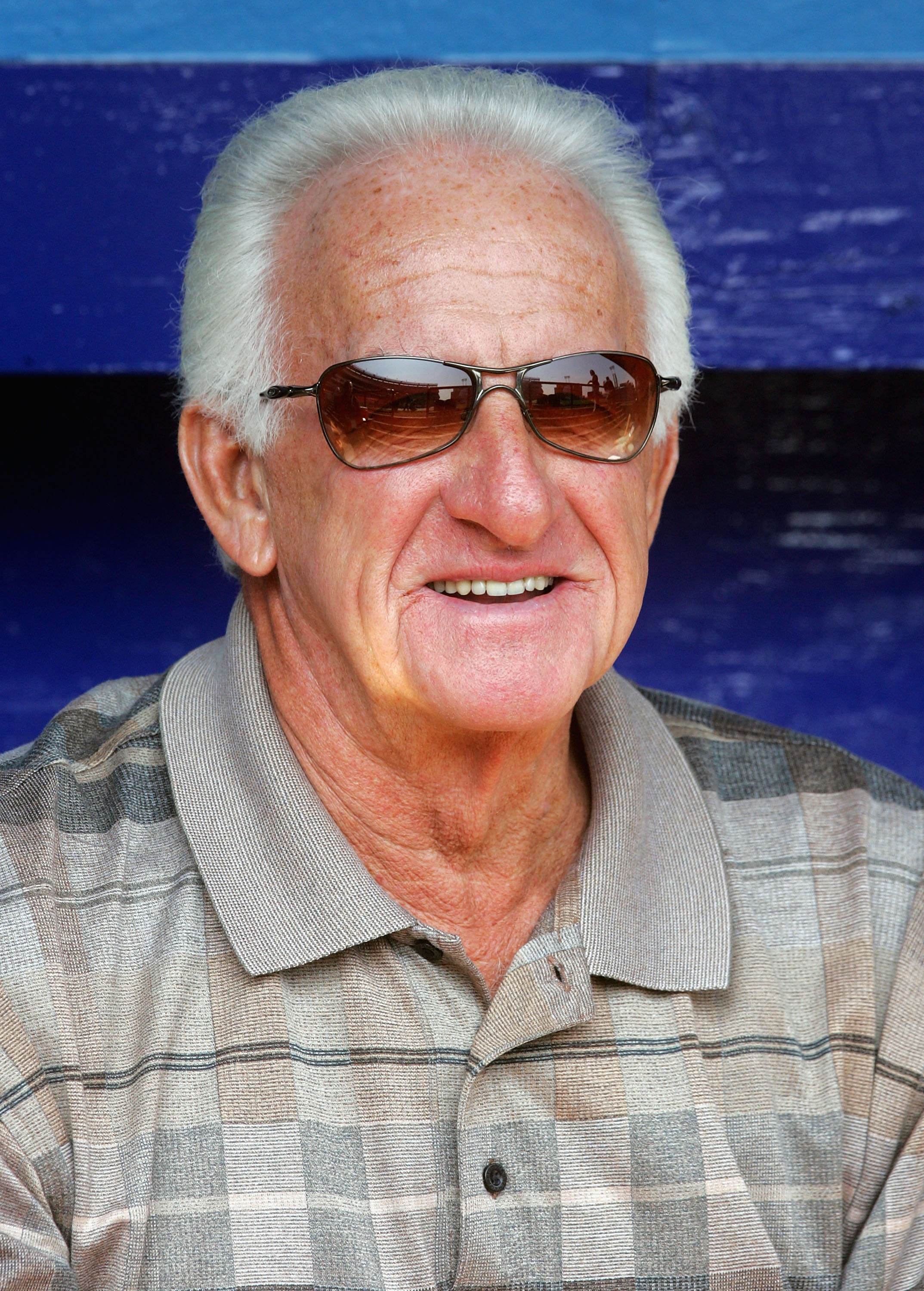 “They broke it to me gently. The manager came up to me before a game and told me they didn’t allow visitors in the clubhouse.”- Bob Uecker

What a gentle way to do it…I’m sensing a bit of sarcasm, you know? 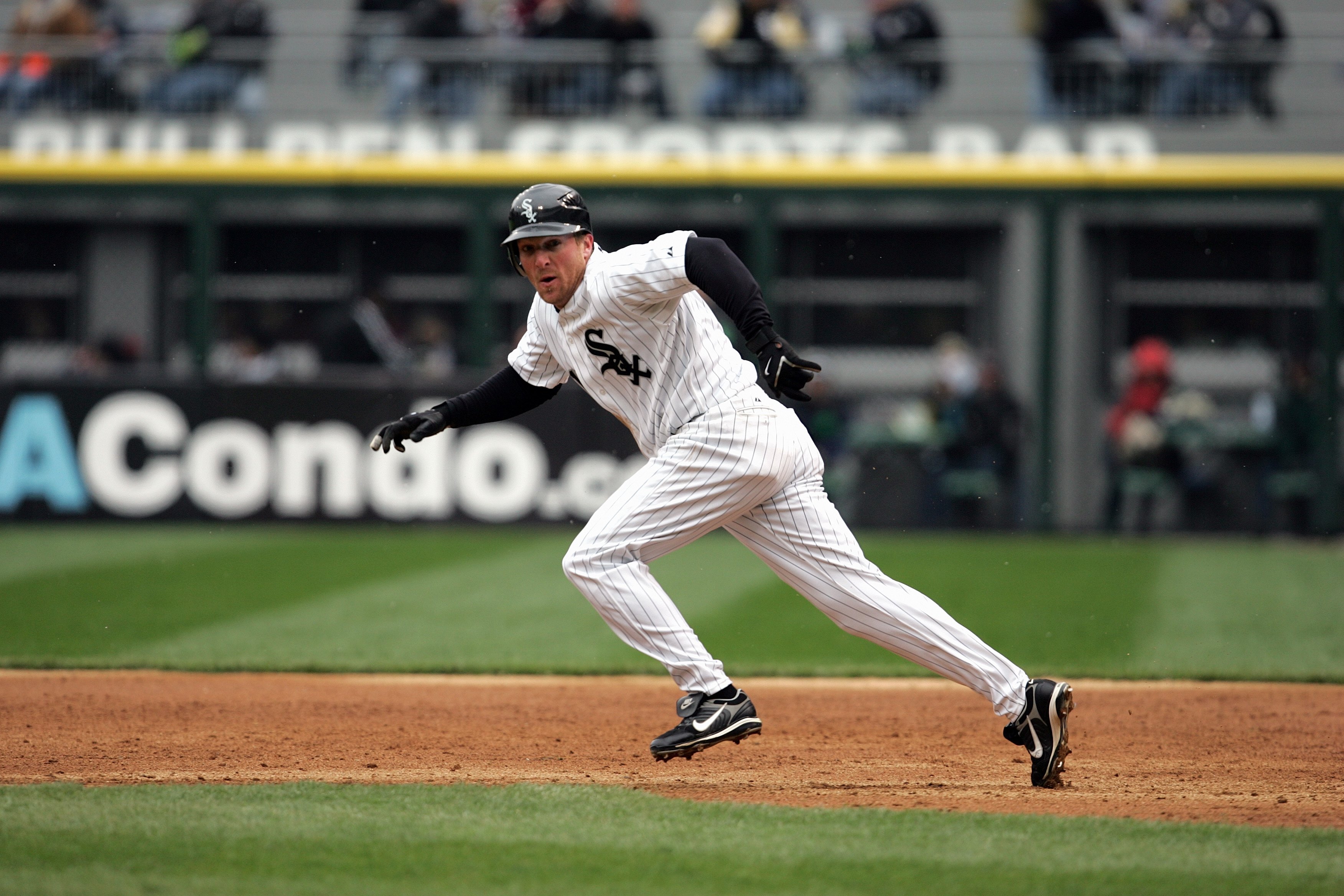 “I was in Little League. I was on first base-I stole third base.  I ran straight across the diamond.  Earlier in the week, I learned the shortest distance between two points is a straight line. I argue with the umpire that second base was out of my way.”-Steve Wright

Another reason this is beneficial is because if there is a runner on second who is very slow. It gets you in the same position as a double steal, but he doesn’t have to run at all (I wonder what that would be on a play by play). 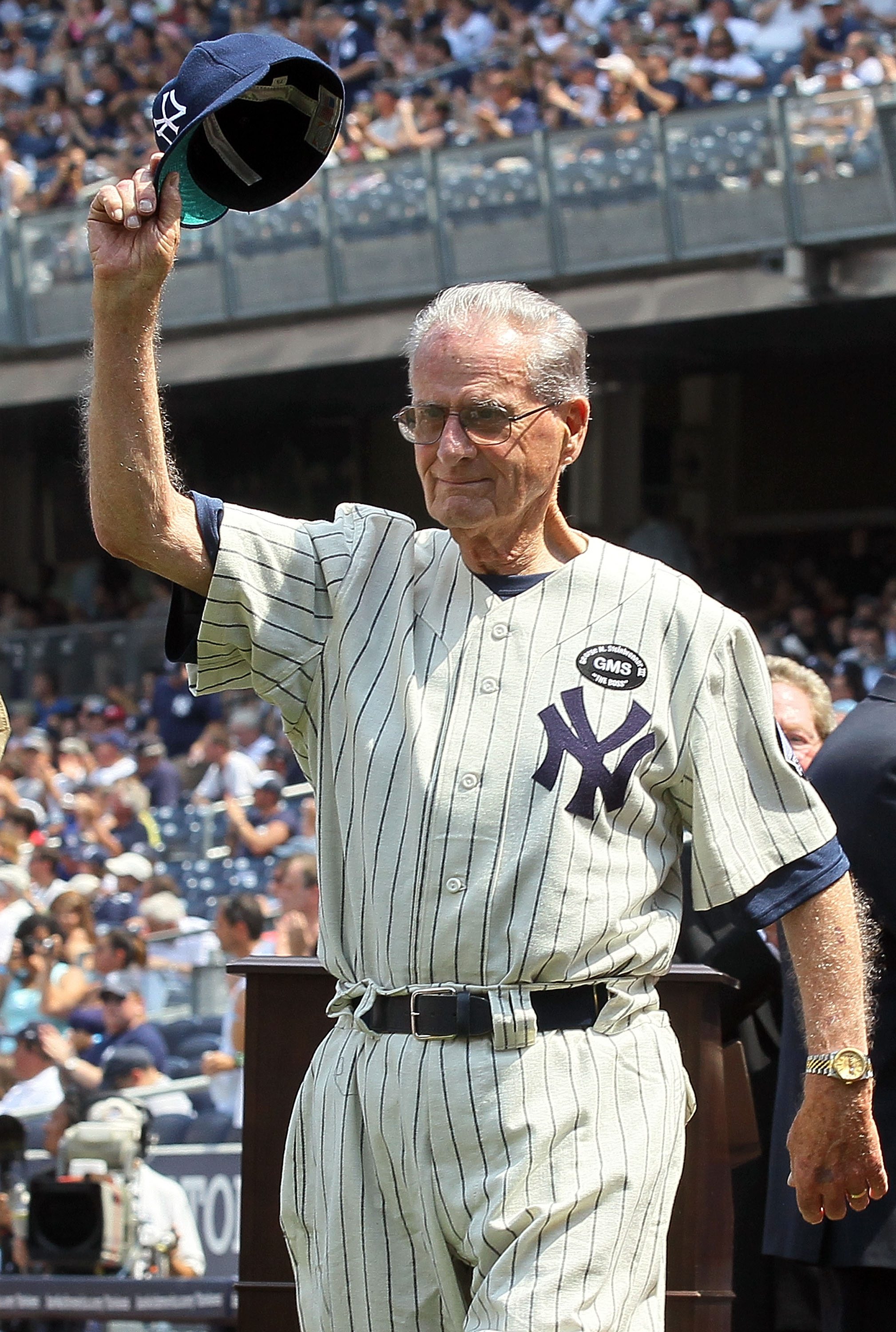 “He slides into second with a stand-up double.”- Jerry Coleman

Another one of McCovey’s.  That’s like saying “It’s a grounder up the middle, and the shortstop catches it in the air for the out.” 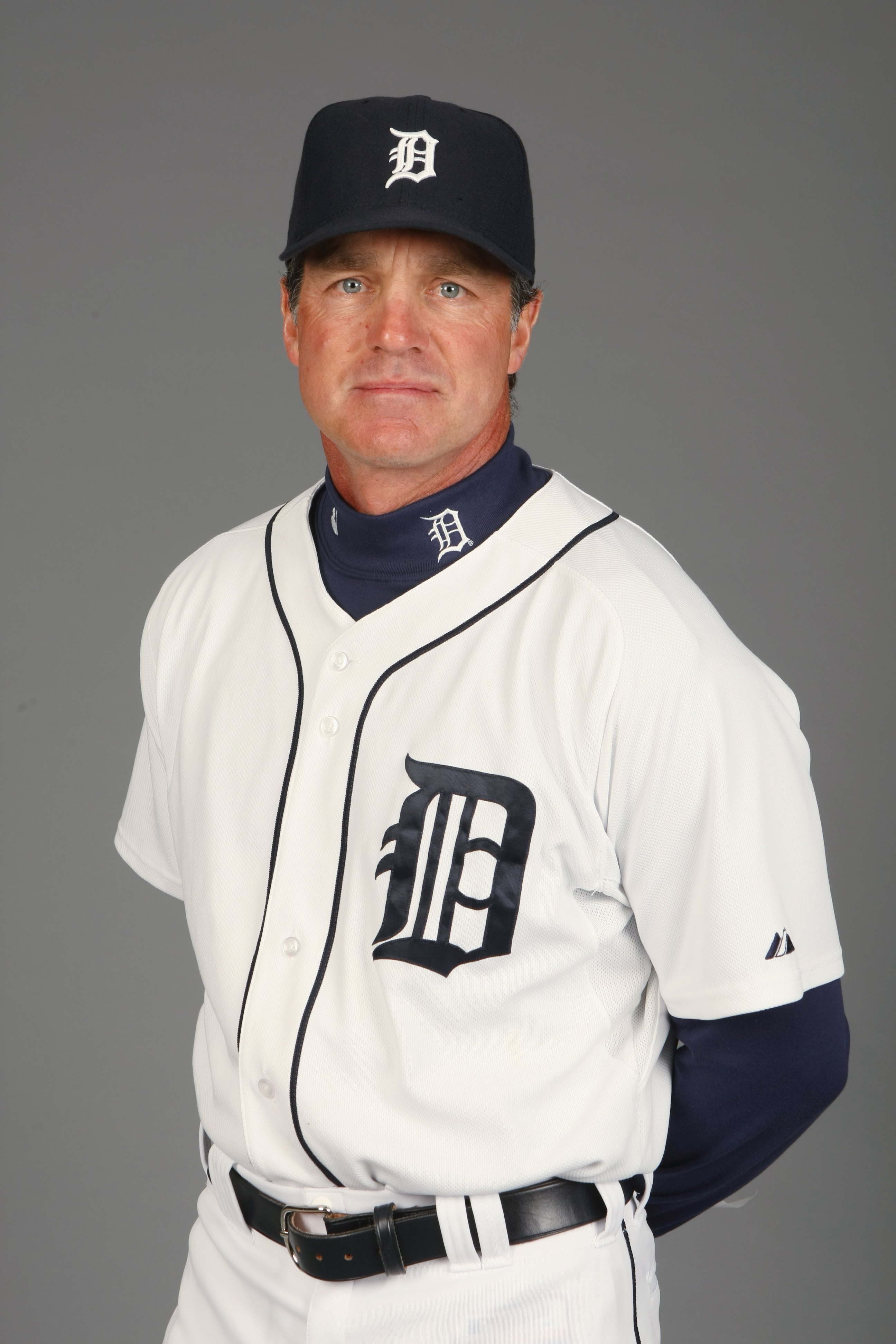 “I have an Alka-Seltzer bat.  You know-plop, plop, fizz, fizz, when the pitcher sees me walking up there he says, ‘Oh, what a relief it is’.”-Andy Van Slyke

You know how that works the other way around?  Brad Lidge.

He seems to have an Alka-Seltzer arm. Plop, plop, fizz, fizz, when the losing team sees him come in they say, “Oh, what a releif it is” (and the Phillies fans all moan). 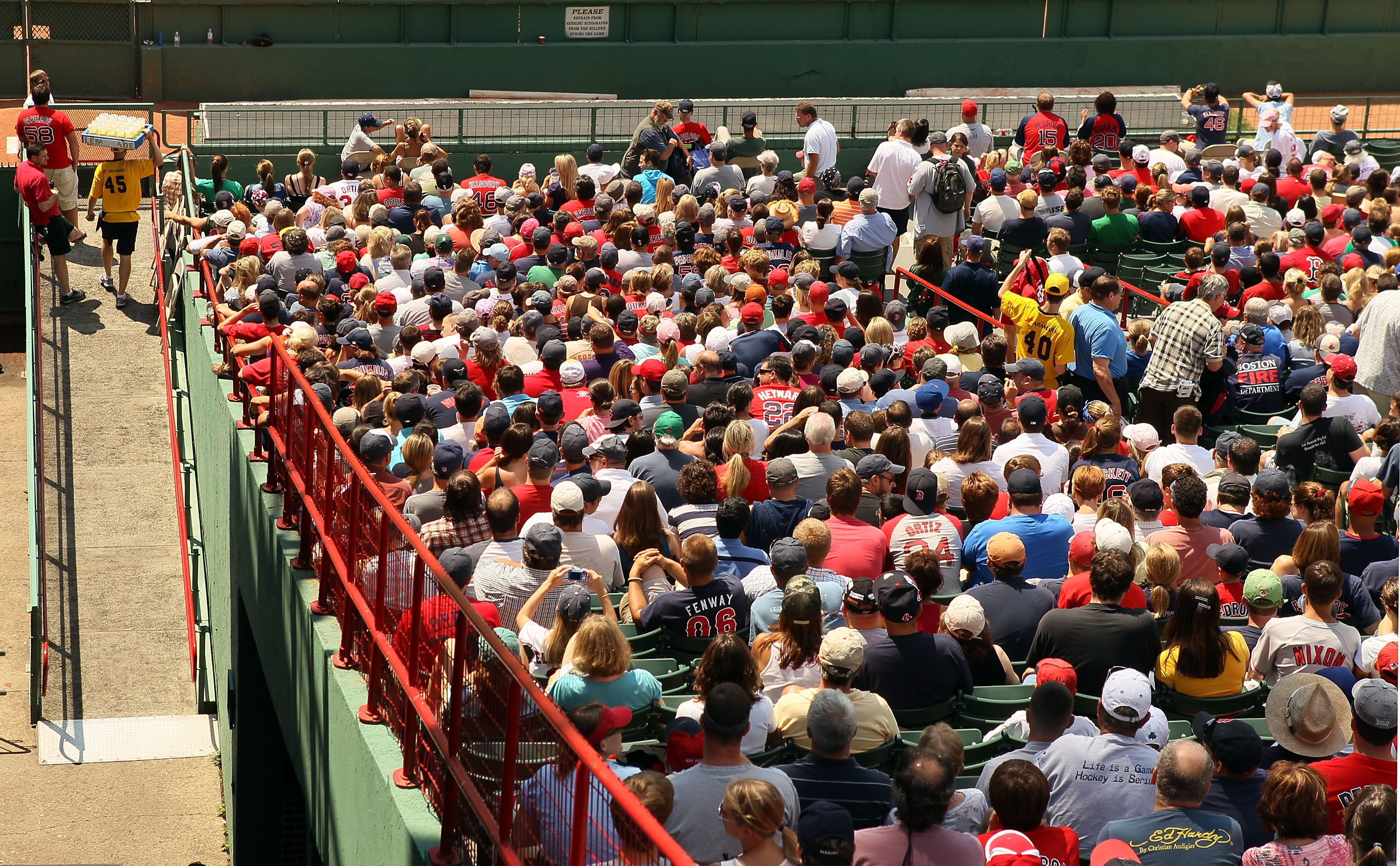 “Why does everyone stand up and sing Take Me Out to the Ball Game when they’re already there?”-Larry Anderson

This is funny because it brings up a point that you usually don’t really think about. 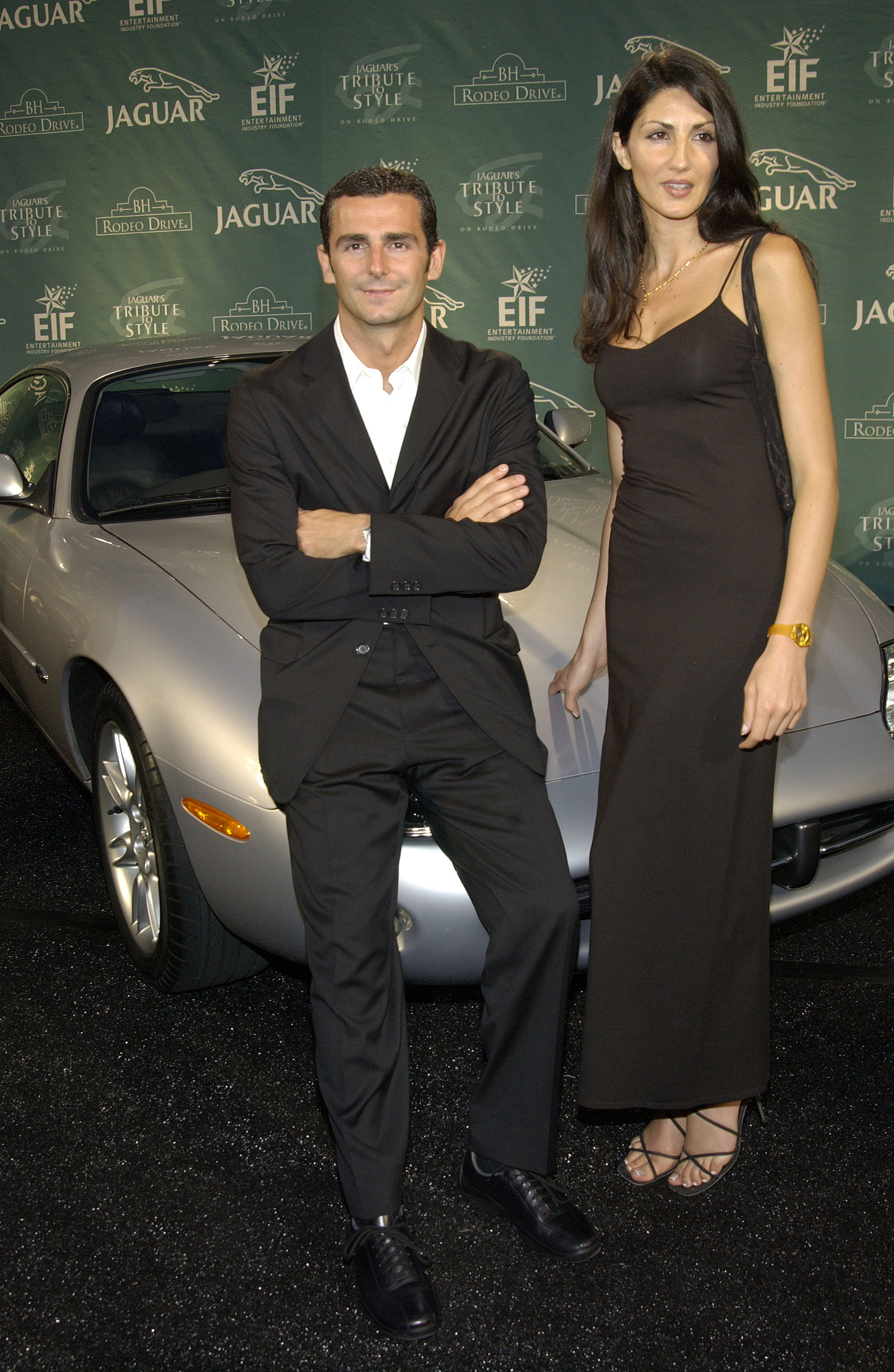 Obviously, this is not the kind of thing you hear every player say… 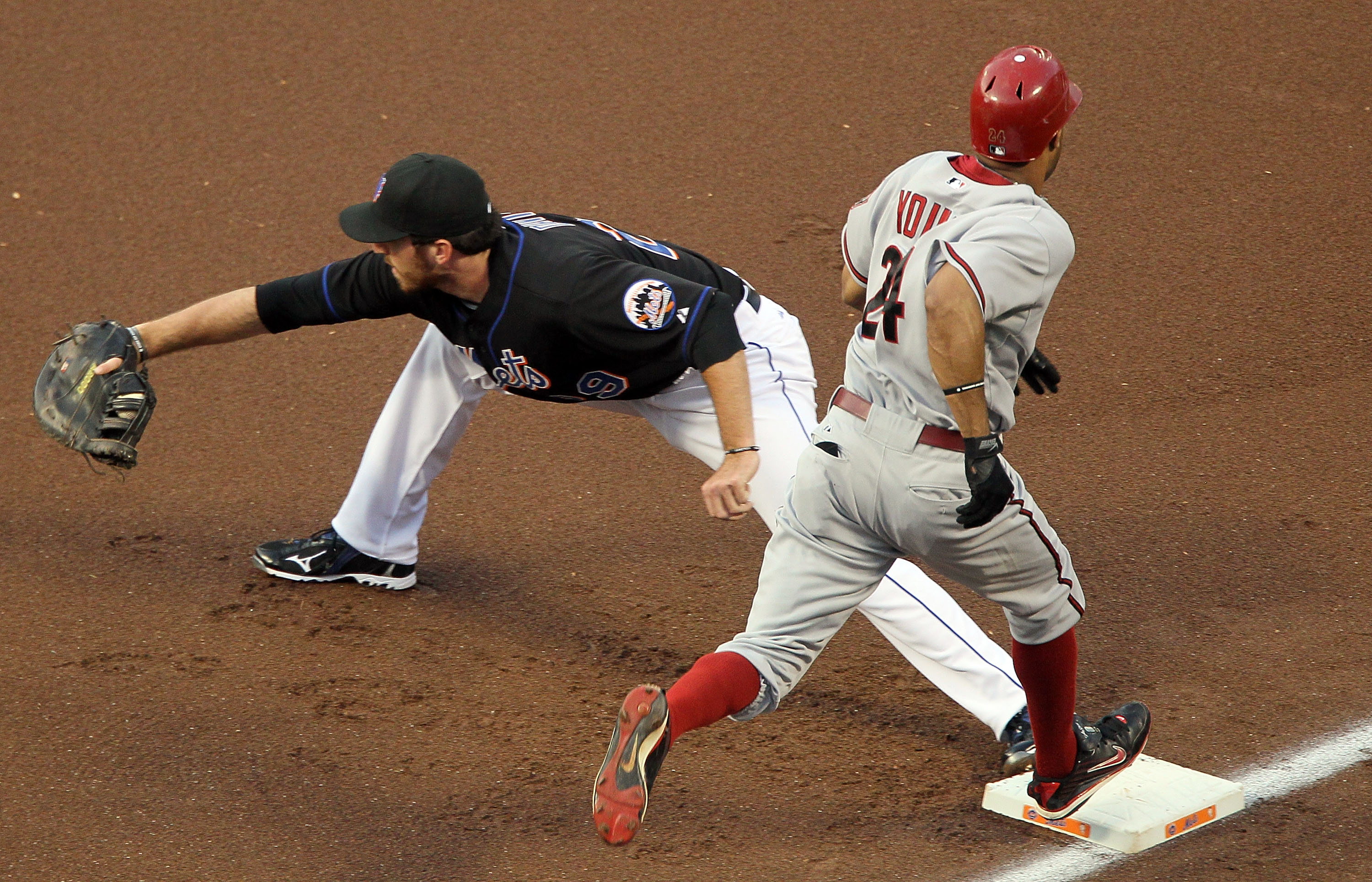 “They should move back first base a step to eliminate all those close plays.”-John Lowenstein 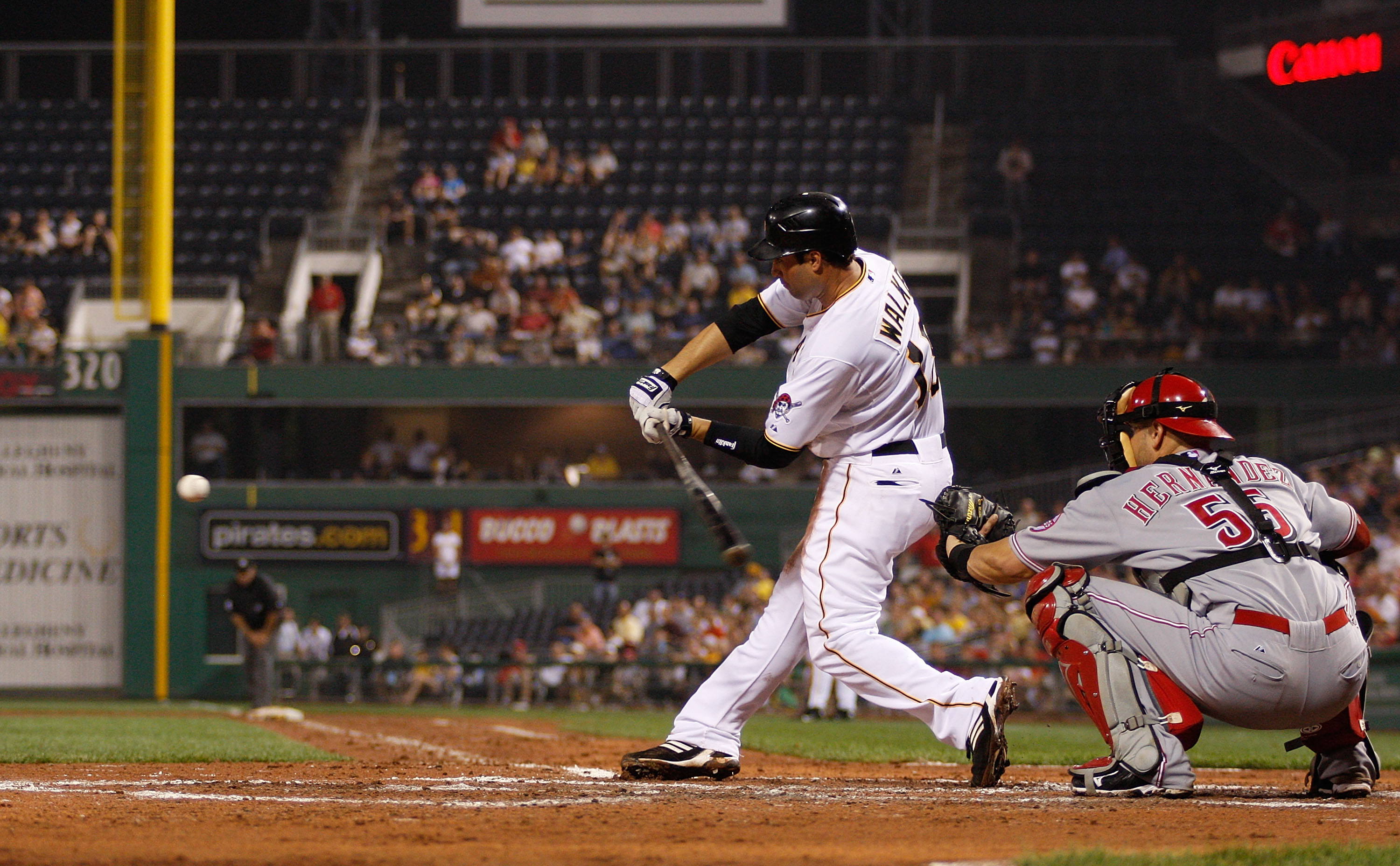 The reason they don’t make it so all three are the same is because you can’t really hit a ball round. You can line up with your target kind of like a square but it doesn’t really work with a circle.

Also, they can’t make the bats and balls square because square balls are hard to catch and don’t really bounce (or roll, for that matter).  Also, square bats can give you splinters. 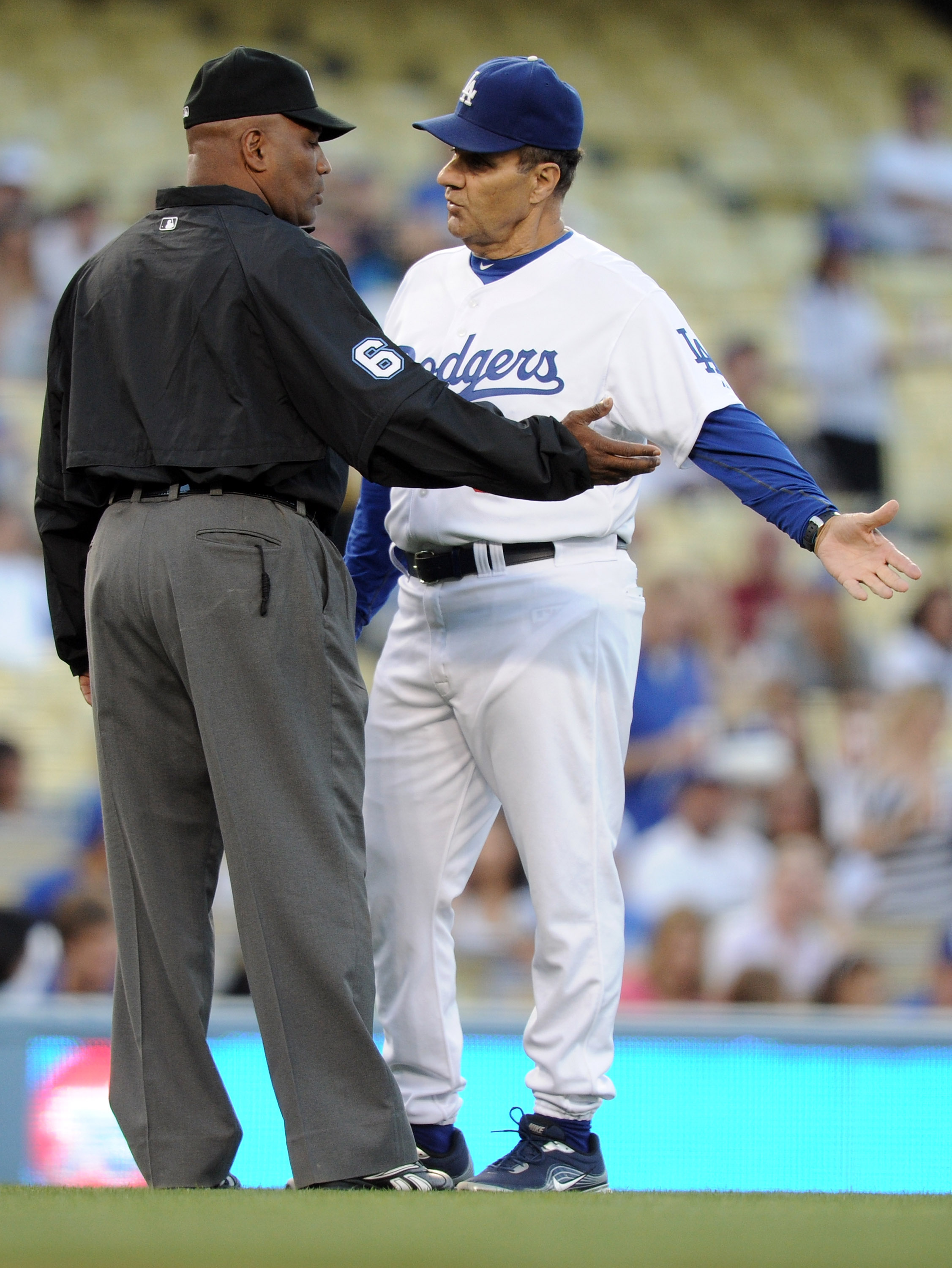 “I never questioned the integrity of an umpire. Their eyesight, yes.”-Leo Durocher

I believe we have all questioned the eyesight of an umpire.

I mean, out of all the people in the world, they had to pick people who are as blind as a bat (who can actually see fine, so this whole simile thing doesn’t even work) to be umpires?  But it’s the same for each of us.

If we were the other manager, you would think that the umpire had great eyesight (or else you would just be thankful that he couldn’t see). 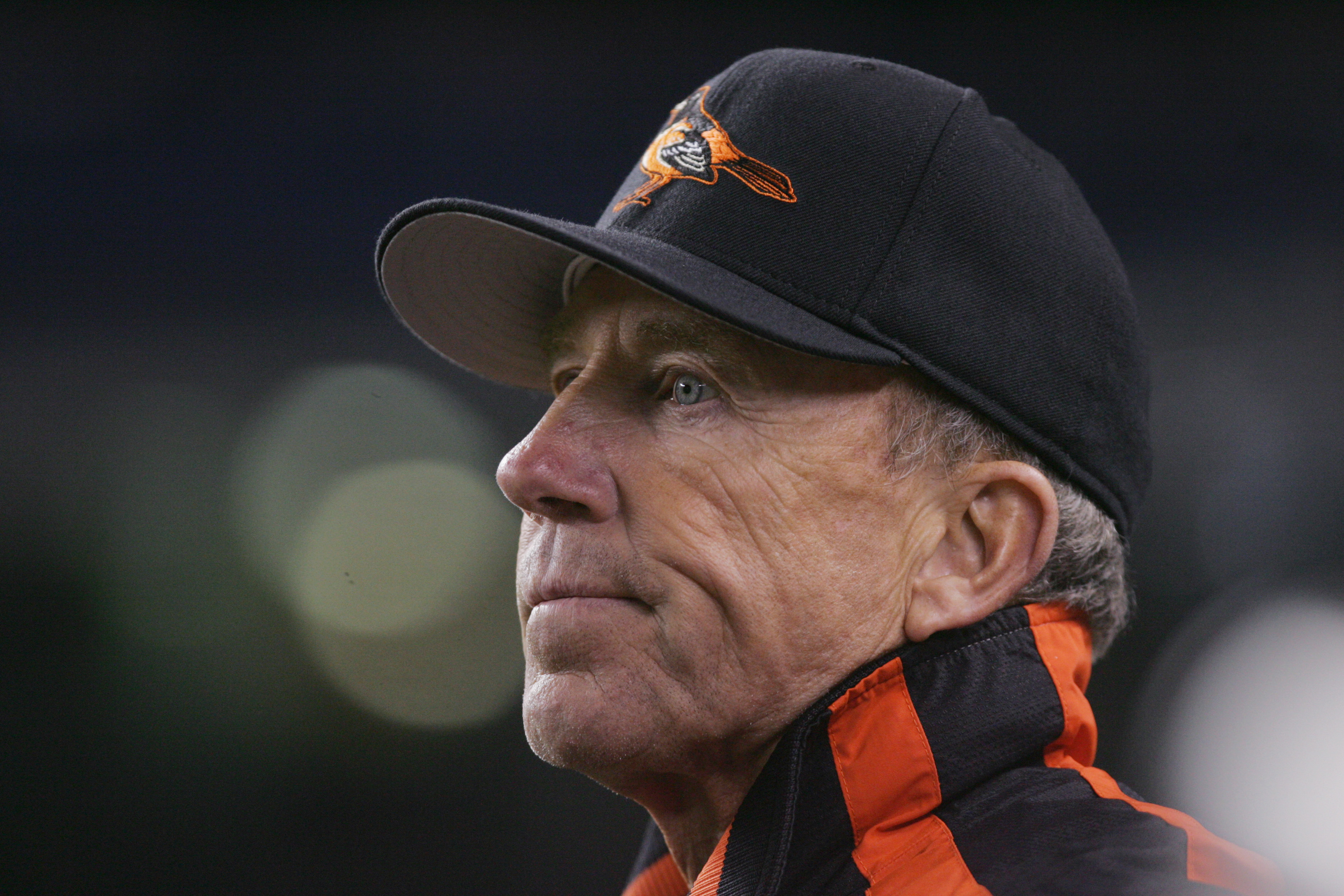 What a masterpiece. He got it just right.The Cubs didn’t just have a bad season. They had a bad century. Plus, exactly 100 years after they won their last World Series, they were great during the regular season and were the favorite to win the National League or even the World Series until they got swept in the first round of the playoffs by the Dodgers. 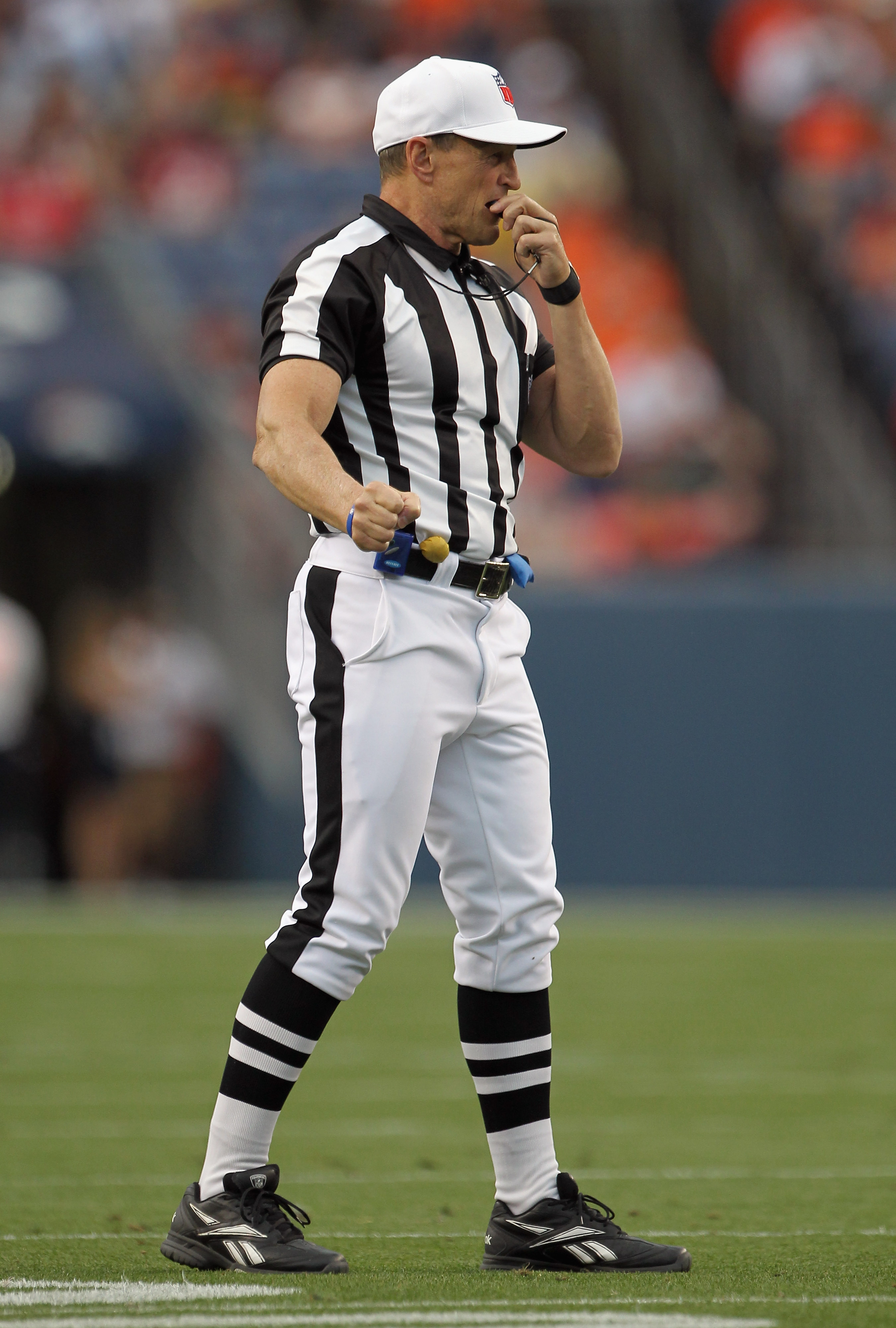 Well, as in the Leo Durocher quote, it does have a point, but it depends which side you’re on, the one that got the call or the one that the call was against.